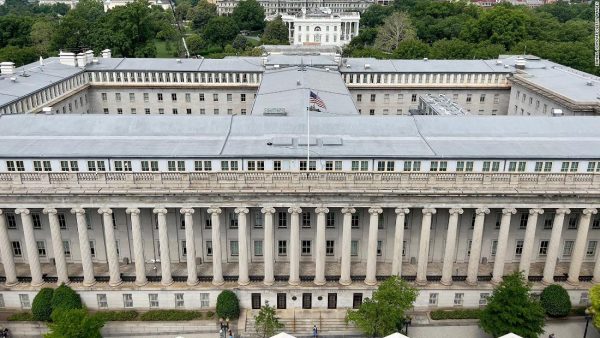 The US Treasury Department on Tuesday took its first action against ISIS-Somalia, sanctioning seven individuals and one entities with ties to the terrorist affiliate.

The latest actions build on recent moves by the State and Treasury departments against al-Shabaab, and several of those sanctioned Tuesday also have ties to that militant group.

Tuesday’s sanctions come just days after a deadly attack in the Somali capital of Mogadishu, where twin car bombs killed at least 100 and injured more than 300. Al-Shabaab has claimed responsibility for the attack.

In a call with reporters, a senior Treasury official said that the latest sanctions target ISIS-Somalia, but emphasized that the financial networks are interconnected because their members support other terrorist groups.

“The individuals and entity designated today are critical nodes for a weapons trafficking network that is closely integrated with ISIS-Somalia,” the Treasury Department said in a statement. “These networks operate primarily between Yemen and Somalia and have strong ties to al-Qa’ida in the Arabian Peninsula (AQAP) and al-Shabaab.”

The senior Treasury official said that the Biden administration has increased its focus on exposing and disrupting terrorist financing networks in Africa.

The official said there is also a “clear link” between terrorism and organized crime, noting that the network sanctioned on Tuesday is “deeply involved in black market smuggling, violent piracy, and abhorrent environmental crimes.”

In addition to the sanctions against those tied to ISIS-Somalia, the Treasury Department also sanctioned “a vital supporter of ISIS in Brazil, who has attempted to serve as a liaison for the terrorist group.”